Supremacy of the Court or Government?

Sukhmani Gandhi10:42 amJuly 1st, 2018
Supremacy of the Court or Government?

“A miserable collection of little secrets, that’s all any of us is. ”

The Supreme Court of India which is the custodian of the fundamental rights of the people has become a subject of utter mockery in the public domain.

Judicial Review is a part and process of the working of the courts but when the judges themselves are being questioned on the menace that they have caused when it comes to the the most trivial cases is astonishing.

The elite has the power and poetic definition of democracy whereas the rest are forbidden to a state of penury.

However, late the proceedings of the courts in India work one still believes in “justice is delayed but not denied”.

However, according to the 2017 analysis more than 55,000 cases are pending in the supreme court of India.

The situation of the district courts and city courts is a replica of the nearest vegetable market.

Despite, the harsh nature of the supreme court of India, some judgements that came in the past few months remind one of the renaissance period that came during the dark ages.

One such was the judgement of ‘Triple Talaq’ which comes after a century.

The question is not how much our country needed a law like this to protect the women of the muslim community from any kind of inequality and mistreatment but the judgement coming at a time when the economic scenario of the country was slow.

While, everyone was upset about the coming in of the goods and services tax and the others were checking headlines on the quarterly G.D.P growth, the vendors dealing with a constant slow down and half the country having a feeling of recession.

The cow vigilantism that existed in the country  suddenly lost its worth and the headlines spoke about stories and verdict on “Triple Talaq.’

The much needed judgement was nothing but a distraction that the present government wanted to give the people.

The extreme discussions on the collegium process of the supreme court  are way of bringing issues in limelight or is it a way of the government to secure its reserve its vote banks.

Are the proceedings truly free from any kind of manipulation of the government?

Victims are being forced to live a life of constant threat given the delay in decision making process while the criminals walk with freewill.

The conclusion is whether we can accept the fact that the desire for extreme luxury which is the root cause of corruption is spreading from bureaucracy to third wing of the system that is our judicial system.

This venom has the power to ruin the current state of our country. 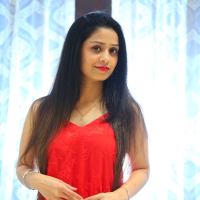 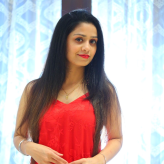 Book Review: Not Worth Living For
Ujjain