When I went to bed last night, my mind was calm,
Unlike the wars we waged, near the statue of Saddam.
I had good dreams but I was still fighting when I awoke,
My family healed my heart, but it still beat sore;
I was the American Sniper and I will be forever more.

Slap! Simmons told me my dreams were over,
And I woke up so fast my neck hurt.
What a cacophony! The unflinching call of competition;
I asked around if there had been a crash,
And they said, “Yes, like a Whiplash.”

I stared into their beautiful, naturally aging eyes,
And asked them, “Who died? What broke?”
“The hearts of the makers of Boyhood,” they said.
I said, “Don’t worry, wait 12 more years,
And we’ll award their next movie about their fears.”

I comically closed the door on them,
And felt hungry as Eve as I stared at that glorious painting,
What a beautiful room, what a time to be alive!
The Grand Budapest Hotel with its multiracial staff,
With the cakes and cougars and Voldemort’s laugh.

I looked in the mirror, and knew who I was; I smiled,
Thanked the lord for the knowledge and prayed to stay the same,
Knowing the words I know, and having the memory I need,
I was Still as Alice before she followed the rabbit into the tree,
Eager to live my life for all of those people who love me.

But when I tried to stand up again, my body crumbled beneath me;
Sigh, how easy it is for everything we have and know to fall apart,
And how brilliant is the man who thinks a new thing for the first time,
Like the roundness of the Earth, or the concept of time,
Or the importance of love, that The Theory of Everything defined.

I had been beat, by the Universe around me,
And though I talked more to myself than my best creation,
She forgave me long enough sleep with my fellow actor-
When I, her winged father, her Birdman, shone, brighter than my own lost lights-
And gaped in love and awe, as I flew away from all our fights.

My country was my daughter, but old minded and evil- what a Game of Imitation,
I won a war for her but she saw only what I did in bed.
The new world, decades later, believes I was one of the greats,
But I can’t help but cry at all the years I was alive,
When they allowed me only to succeed, never thrive.

I’m dead now because those light men and women,
Felt the drive to decimate when they saw the colour of my skin,
But I led a revolution that is raging even today,
And when a Legend wins an award to sing my song,
I know Selma won the fight that seemed to take too long. 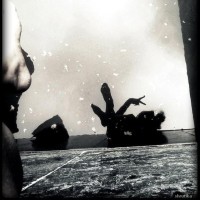 Shrutika is a writer who handles Marketing for a tech startup. In the free time that she creates for herself, she sings, plays the ukulele and writes till her fingers fall off. She loves love, and everything Hollywood, four legged and cheese. 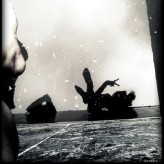 In Conversation with Neha Jha
At C Level by Nikhil Sharda