Einstein said- If your head tells you one thing and your heart tells you another, before you do anything, decide whether you have a better head or a better heart. But According to One Indian Girl, which is more like a handbook on feminism used by male chauvinists, a girl is incapable of making decisions. Result: she regrets it later. After having read some of the really gripping stories presented by Chetan Bhagat, I had high hopes with this book too. But the unreal characters and their ersatz emotions failed to impress.

‘One Indian Girl’ is the story of Radhika Mehta, who has this uncanny inferiority complex and she believes that she is unlikeable because of three reasons- one, she earns a lot; two, she has had two boyfriends and three, she has had sex. Garnished with all the essential elements of a Karan Johar’s melodramatic film, this book doesn’t offer what is is expected to. No doubt the story is fast paced, but the baffling character of the protagonist is what makes her unlikeable. The desperate attempt to showcase the hard-bitten females is quite clear here. The story loses its essence very shortly because probably the author got carried away by demand of the plot; instead of writing about the strong feminist views that Radhika had, he preferred writing about the braggadocious Radhika. With her consistent desire to get praised for her accomplishments and the faux bravado portrayed by her, the character of Radhika seems a total washout; it doesn’t seem relatable at all.

It is not compulsory for a charming, successful and intelligent woman to chase adorable men. The brainy ones know when and where to stop. But according to Chetan Bhagat, if the central theme of a book revolves around a woman, it is supposed to be classified as a book that portrays feminism. The confident and rationally smart Radhika falls for Debu, who turns out to be a contemptible person, who fears Radhika’s success and is insecure. She leaves him and heads straight to her hot and smoldering colleague, Neel, who is unfortunately older and also married. What appears as lust is called love here. However, Neel also turns out to be an odious person; he doesn’t want Radhika to make a nest; he only wants her to fly. Radhika leaves him too. Amidst all this when the feminist Radhika’s character was shaping up well, Chetan Bhagat goofed up big time. Her decision of giving in to the constant nagging of her mother and agreeing for an arranged marriage was the very first blunder in the story. Where did her feminism/ sexism go when she agreed for an arranged marriage? Where did her feminism go when her opinions on feminism were out rightly rejected by Neel? Where did her feminism go when she got her legs and hands waxed only to impress Debu? Where was her feminism when she decides to avoid her exes instead of facing them boldly? Does her feminism come with an on-off button that is switched on in three-fourth of the book but somehow gets switched off later?

Not all girls are indecisive. Radhika’s character lacks originality. Also, I fail to understand Bhagat’s need to include a sex scene at every turn. No wonder why the teens of today have an awful taste in books! Moreover, another turn off was the errors in the editing.

One Indian Girl is more like the movie ‘Pink’ that exposes the readers not to feminism but to the woman troubles and Bhagat has not left any stone unturned in dealing with all clichéd issues. For an instance, the point of view that women who drink alcohol and party late at night are called sluts, is there; women cannot have a successful career because if they do then ‘log kya kahenge’; women can’t voice out their opinions and they cannot reverse their decisions; and how destructive are body-image issues for a girl’s confidence- all these issues are dealt with in the book.

Overall, Chetan Bhagat’s attempt to put across his feminist views went in vain as what he offered on the silver platter was not even remotely close to what he wanted to say. However, the title definitely matched the story because there can be only one odd Indian girl who goes through so many transformations within a span of 272 pages. 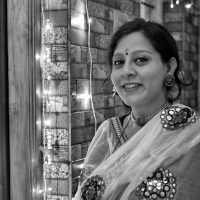 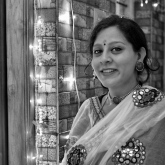 Colourful Notions- The Roadtrippers 2.0
It Rained Again by Souvik Sarkar