An Eye for an Eye by Dr. Bianca Nazareth

It was a balmy August day in the little known village of Pandhurna in India when Manoj and family shuffled into Abha’s home. Like typical relatives of the prospective groom the family was loud and unintentionally obnoxious. They cracked corny jokes and everybody had to laugh politely.

Abha’s parents were quiet and submissive like most parents-of-the-girl but even more so as Abha had a flaw. A single flaw. In an otherwise perfectly chiseled face, one eye was just slightly smaller than the other. Her sight was perfect – it was merely cosmetic but it was a flaw nevertheless. An apparently big one in the eyes of the 11 odd men who had trooped in to their home, eaten hot samosas, drunk sweet spicy tea and then walked out after crushing Abha’s parents with a resounding no.

Abha had come to accept the fact that men cannot and will not see beyond her mildly disproportionate eyes and so mostly went through the motions mechanically, accepting the fact that the evening will end with a borderline ugly man’s refusal, her father’s cursing and her mother’s growing hysterics.

Oddly, that morning, it all seemed to be going perfectly. Manoj was tall and strapping. He had a full head of hair and a reasonably becoming face. The family’s expressions did not change noticeably when they saw her and the pleasant conversation that followed began to lull her parents thoughts to a vision of a crimson clad Abha smiling at them. Abha, draped in a light blue saree served up the savories and then sang an old hindi movie song which she had sung several dozen times before.

The family applauded and talk veered towards the wedding. The boy’s family hadn’t committed yet but the fact that they were discussing potential scenarios itself made Abha’s parents practically jump in their seats. The glances that passed between her mother and father would have been funny if they weren’t as pathetically hopeful.

And then Abha mustered up the courage to look directly at Manoj and she held his gaze. He looked at her and then his gaze wavered – ever so slightly. And she knew then – she knew he had no intention of saying yes. This was one of those delayed refusals. They would leave here and wait two days and then say no – with the pretext of the horoscopes not matching or something or the other. And in that very instant she despised him. She

despised the fact he was as superficial as the others. But what she despised even more was the fact that he did not even have the courage to voice it to her face.

In the same instant Manoj also knew. He could feel the force of her loathing. But he was too much of a coward to even admit it to himself.

The morning drew to a close. They begged to be excused as they had to visit another relative near the Jamb river. Greetings were exchanged and promises were made to be in touch over the phone. Manoj climbed into the front seat of the Tata Sumo and the rest of the family bundled in. Everybody waved goodbye except Manoj who kept his eyes peeled on the road ahead.

Abha’s parents practically floated back into the house. Her father affectionately patted her head and her younger sister kept giggling involuntarily. Abha did not have the heart to burst their bubble – so she bit her tongue and remained silent. She could not grudge them their few moments of joy however short lived she knew they would turn out to be.

They barely sat down to the midday meal when her father’s mobile rang. Almost four rings went by before his overexcited mind managed to direct his fumbling hands into pressing the receive button.

The whole family except Abha looked at him expectantly. He gasped like she expected him to but she definitely did not expect the next words to come out of his mouth – ‘Which hospital?’

From the limited information provided to them they gathered that the family on their way back had driven past the annual Gotmaar festival that Pandhurna is famous for. Despite his parents telling him not to, Manoj had stepped out of the vehicle for a closer look at the madness that surrounded this festival.

Following an age old tradition, villagers from Pandhurna and the nearby Sawargaon faced each other across the Jamb river. Pelting each other with rocks and stones, each group aimed to reach the middle to capture the flag stuck on to a tree trunk. Manoj had caught a flying rock straight in the face and joined the many faceless, nameless unnecessary casualties of this tradition.

When he regained consciousness, his hand involuntarily reached directly for his left eye and found it bandaged.Drifting in and out of consciousness he could hear whispers from the adjacent room floating in suggesting a deformity with his left eye, the loss of his eyesight and he had to force himself to tune them out.

And then Abha mustered up the courage to look directly at Manoj and she held his gaze. He looked at her and then his gaze wavered – ever so slightly.

When he finally drifted back to consciousness he saw Abha at the foot of the hospital bed looking down at him. He looked at her with his one good eye and held her gaze. He could not read her expression.

But she looked nothing like she did that morning.She was wearing the same clothes and the same ribbons in her hair. She even smiled the same half smile. But she was the most beautiful, most desirable woman he had ever seen. He tried hard to remember why he was going to reject her. And failed. He made a mental note to tell his parents that the match was agreeable to him when he suddenly remembered the sentiment that he had left her with this morning. Loathing.

He tried to see if there were traces of that loathing left but was shocked to see that all that reflected on her face was mirth.

She nodded her head almost imperceptibly. She could hear his proposal even though he did not speak. She accepted. 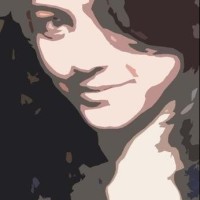 Dr Bianca Nazareth juggles a full fledged career in dentistry with avid traveling, reading, writing and theatre. She has written several short stories, poems and even scripts for plays. Her ability to emote on stage is closely linked with her interest in writing, as characters come alive on paper. 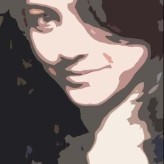