Touch of God by Sreejita Biswas

HEdidn’t understand what he had done to her, but he would by the time she was done. After all, this was the first time Asheem had encountered someone from the “Big City”. Fair, big eyed and doll-faced, she definitely was the most beautiful woman he had ever set his eyes on. And when she called out to the grocery shop owner, he thought he heard the apsaras sing.

Back home, they’d told him that he was the luckiest man in the district. After all, the most beautiful girl back there was his beloved, his betrothed… the reason he was here, in the big city. Indeed, a man could not marry a woman of such great beauty without promising her the world. Thankfully, Mira had been too absent-minded to ask for much. All she had ever wanted, was to move to the city.

“This is going to be an excellent adventure,” the dark-skinned beauty had shouted at him as he leaned out of the rickety bus window to get a glimpse at her face as the old engine chugged and coughed. And at that moment, he knew that he was ready to give her everything – even his life – if she just asked for it.

But of course, he had known nothing about this urban demi-god when he had exchanged promises with Mira. He hadn’t even known how little it would actually take him to forget them all.

And now, all he wanted was the siren whose strange fragrance drew him like the flame draws the moth. Well, he obviously hadn’t wanted all of her. She was too pristine, too perfect. All he wanted was for her to notice him and maybe, spare him a smile to keep him company in this lonely, grey city.

“You are beautiful…” his voice sounded coarse and crude as looked into her black-lined eyes.

“The most beautiful woman I have ever seen…”

His thick accent sounded almost vulgar as he noticed her face contort with disgust.

“Madam, we’ll only be friends,” he mumbled, lowering her gaze from her flashing eyes. As he stared at her pink-tinged toes and coral toenails- tiny, dainty and adorned with intricate silver rings, he longed to touch them.

The hiss startled her. It was nothing like the beautiful voice that had sung to him earlier.

“How dare you come close to me you filthy beggar!”

“Madam, I am not a beggar… I came to do a job here. A good one at a factory,” he gulped, suddenly aware of reality. “I swear I don’t want anything else. I just want friendship…”

As her hand made contact with his jaw, he felt like he was struck by lightning. That touch was nothing like he had ever felt before. Her palm was smooth, not like the calloused hands that he had grown up with.  And even in rage, she was dazzling.

It was only later that night when he heard Mira’s unsure yet familiar voice over the phone, that he suddenly longed to be in her arms. He missed the familiarity. He missed the warmth. But most importantly, he missed the unquestioning acceptance that defined their relationship. And that is when he understood that humans could never reach for the demi-gods… they were only to be worshipped from afar. 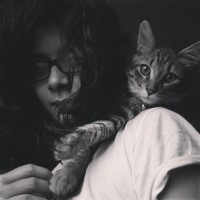 A writer (for hire), her relationship with words can only be defined as dysfunctional. There are times when they can be woven beautifully into tales of wonder and times, when they can only be defined as a hapless dyslexic disarray. Sreejita also is the co-founder of StripTease the Mag, a non-profit e-zine dedicated to spreading awareness about comics from all over the world 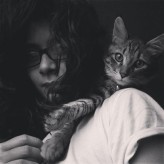