Crisis of Meaning by Timothy Horgan

This afterword follows six short stories that eFiction India Magazine has published for me. They have been consecutively published in the space of six months, in Volume Three, Issues Two through Seven.

I wrote these short stories because I wanted to know why people have crises of meaning in the world of today. I hypothesized these crises to have come as a product of living in the physical environment of the post-modern age, the man-made environment of human development.

My theory is interesting.

In the post-modern times we live in, our biggest problem is totally paradoxical. It comes as the idea that there are no real problems. Thus people have crises of meaning because they have no opportunity to do anything of any real importance.

In each of my six stories, I have expressed these crises in very different ways. The stories are dense, insofar as they can be analyzed to a very far degree. Notwithstanding, each story is built on a central idea, and as such they can be summarized very easily.

In Spears and Beasts and Ballpoint Pens, two settings are explored back-to-back. In the pre-modern setting, Nagooya is forced to fight for the existence of his people. In the post-modern setting, Derrick isn’t forced to do anything. The sense of narrative is strong in the former and weak in the latter, and the story explores the way in which a person will actively seek a sense of narrative in their life. It investigates how a healthy sense of narrative will affect that person. One can ask, in the resolution stages of the piece, just what exactly Nagooya thinks of himself, and what exactly Derrick thinks of himself.

The story investigates six fundamental aspects of existence, namely: competition and the will to power; man’s relationship with terror; the need for initiation, or more generally self-betterment in pursuit of competitive advantage; empowerment within an anarchic environment; a new perspective on what can be thought of as rationality and irrationality, redefined respectively as logical action to aid survival and the celebration of anarchy; and the need for discipline. It shows those elements functioning for a reason in Nagooya’s world, the reason being that they act to aid the resolution of the narrative. Even the superstitions of the shaman, even they find purpose in heightening the sense of importance of Nagooya’s job – they guide him more aggressively toward his one necessary goal.

In Nagooya’s world, everything is meaningful, and his society functions well because it needs to.

So far as each of the six concepts go, a more detailed analysis is outside the scope of this Afterword. Notwithstanding, another aspect of the story is worth mention. It is interesting to note – and as the author I only noticed this after I’d written the piece – that Derrick’s bid to find a sense of narrative has given him an acute case of neurosis.

Moving on, and Always Rationalizing gives a differing viewpoint. As the title suggests, the story had been written to explore the nature of the mind, specifically the fact that it will spend its every conscious moment in a process of rationalization. It will interpret the reality of its external environment, it will analyze it, and it will decide upon the best course of action. In other words, it will search for and identify a problem, it will analyze it, and it will work its way through a process of resolution.

The story sets the central character in five separate scenes, each taken at decade long intervals. The decades progress from 2014 to 2054, and the characters are seen to be constantly adapting to the realities of their environment. The pressure to survive intensifies with each decade, and the characters’ processes of rationalization are seen to become more firmly grounded in reality.

This is none more evident than it is for the first transition, from the world of 2014 to the world of 2024. In 2014 nothing of importance really matters, and the characters are detached from reality. The protagonist’s friends are still rationalizing: as always they’re trying to get the most out of their environment. They talk excessively about the things they own and how these things help them in life, primarily because they have no opportunity to talk and think like the characters in the other scenes.

The story finds use in a secondary capacity. It offers an interesting explanation for the prevalence of consumer culture in post-modern times.

In Good Food, Great People the main intention of the writing is to expose a misguided people. I wanted to portray their neurotic fixations on making everything perfect, and I wanted to show how that got in the way of things that really mattered.

The story theorizes an interesting reason for the utilitarian nature of the post-modern world. It shows a people who obsess about perfecting the experience of others, who fight to tackle those issues of safety and order and cleanliness and happiness. Just like it is in the opening scene of Always Rationalizing, their life’s purpose has been trivialized greatly.

Next up is Something from Nothing, a story as complex as it is weird.

Martin Creed is the protagonist, a member of the school of Young British Artists who made art about nothing in the 1990s. He is caught within an abyss, and he finds the most basic of decisions impossible to make.

As he quite rightly puts it, the Universe is a mechanical place of random interactions and collisions, with no higher governing law. Nothing is important because nothing exists to guide him. Just like Derrick in Spears and Beasts and Ballpoint Pens, his life is full of noise and mess.

He is detached from the world, a static entity, completely separate from the whirlwind of random interaction in the Universe.

A strange wave of energy sweeps on by, like a cold front enveloping the land. Martin’s world of affluence, the comfort, the security, and the order, it breaks down, and suddenly he finds himself a part of those random interactions and collisions. Now he must duck and dive, and make those decisions as he tries to keep his head above water.

His art can be thought of as a physical manifestation of his inner self. Whereas in Part One it remains static, in Part Two it animates to life.

What’s more, he comes to find meaning in his art, even if it is in a crude and physical sense. Beyond this idea, Michelle’s judgment of Hanz at the end of the story gives good insight into how subjective assessments can become genuinely meaningful, provided they come from the standpoint of one who is an engaged part of the random interactions of the Universe.

The next piece is called Sponsor a Disadvantaged Child Today. It is different from the others: it offers an explicit judgment of the developed world. It had been written on the basis that there are two sides to every story, and as such it offers the side of the story of human development that people don’t want to hear.

Like the others, it explores what it means ‘to be connected to the Earth with a ball and chain’.

My sixth and final piece is Bono and Green Day. It concludes the collection with one line, ‘What can you hope to do in a world where everything is already done?’

It shows a lost generation, walking down a boulevard of broken dreams, with signs misleading to nowhere. The character of Bono comes to terms with the fact that he is also lost, and his behavior identifies yet another way one can express one’s crisis of meaning. He is fighting for a cause of which he has little personal connection.

Which brings me to a final statement . . .

As the author of this short story collection, I feel incredibly lucky to have had the chance to fight for a cause I have much personal connection with. I am aware that I’m fighting to raise awareness of the fact that my generation, my peers, and my society have no real cause to fight for 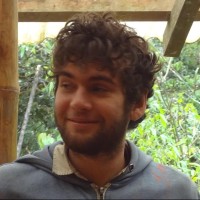 Tim Horgan is twenty-four years old, and he is a budding writer and philosopher.He is based in Brisbane, Australia. He has completed a book, a set of essays, and now some short stories. He talks about the post-modern condition, more specifically its dependence on human development. 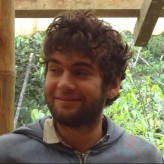