Paulami Dutta Gupta is a Shillong based novelist and scriptwriter. She began her career with the All India Radio, Shillong and later went to Kolkata to pursue a Masters in Comparative Literature from Jadavpur University. Her writings have appeared in the ‘Times of India’ in the Guwahati-Shillong plus edition and also in the Shillong times. Her first novel ‘Pinjar’ was released in early 2012 and her second novel ‘Unplanned Destiny’ released in 2014. She is also the screenplay writer of the National Award winning film – Ri Homeland of Uncertainty.

Ananya Dhawan: Being the scriptwriter for the award winning Khasi film ‘Ri- Homeland of Uncertainty’, how does it feel/how has it affected your life?
Paulami Gupta: It really feels good to see our work being appreciated. ‘Ri- Homeland of Uncertainty’ has actually opened a world of opportunities for me. Until last year when people heard I was writing a Khasi film, they weren’t very positive. People even asked me , ‘is it the first film in Khasi?’. Today they call and ask if there is a possibility to watch the film. That is the pathos of the creative circle here. But I am not complaining. All Ri has brought to my life is positivity!

A.D: What, in the general sense, inspired you to delve into the intricate art of writing?
P.G: Writing fiction was never planned. And then one day it became such a habit that there was no way to get away from it

A.D: Where do you see publishing going in the future?
P.G: There is a phenomenal growth in the industry and there is a bubbling energy. But the industry also needs to sit and look inward. And the encouraging thing is for every marketing gimmick is a work of literature. The competition is refreshing.

A.D: Are the storylines of your books generally based on your own experiences or those of someone you know?
P.G: It is always a mixed bag. When I really want to rant I do it through my characters. But there are also a lot of my characters who are modeled on people I have observed over the years. Some are also purely imagination..

A.D: Which writer do you consider as your mentor?
P.G: Jane Austen and Richard Curtis.

A.D: For your latest release ‘Ri- The Homeland of Uncertainty’, who is your intended audience and why should they read your book?
P.G: For my first two books, the only readers I had were women. Ri has opened a whole new world of male readers and the feedback has been very encouraging. My target group was actually anyone who loves to read books. But yes I also knew this book would cater to a 30+ TG of niche readers who do not mind picking up a book without a romantic angle between the leads.

A.D: Brief us about your experience in writing ‘Ri- The Homeland of Uncertainty’- the highs and lows you had and anything unique that you would like to share with us.
P.G: Writing ‘Ri’ was an emotional journey. Also there was a lot to learn as it was my first film. When I got to writing the book the biggest challenge was to recreate the visual narration in the form of a novel.

1. If you could have accents from anywhere in the world, which would you choose?

2. One famous literary character you admire.

That one day I would wake up surrounded by religious fundamentals.

Oh yes. But I am also a little chicken hearted and the four letter words are only mouthed in my mind. I would probably never get into a fist fight.

A.D: Who designed the cover?
P.G: ‘Ri’ has been a group project since the very beginning and both the book cover and the film poster were made after suggestions from the entire team.

A.D: What according to you, is the hardest step in creating a masterpiece- be it a bestselling novel or a beautiful piece of art, basically anything creative?
P.G: I think there is no set recipe. What is trash to one is masterpiece to another. Also when it comes to bestsellers (in the Indian context) I really do not understand what formula should be followed.

A.D: Any project currently at hand?
P.G: I am currently working on my next book titled ‘After a Decade of Solitude’, compiling an anthology titled ‘Marijuana Diaries’ and writing the script of my second movie. It is still untitled and I hope to see it in making by Spring 2015

A.D: Any tips for readers or advice for other writers trying to get published?
P.G.: Message for readers – I know the lure of celebrated writers can’t be ignored, but there are also writers and books that aren’t ‘celebrated’ but they could be worth a read. Reading in India needs to break a lot of stereotypes.

For writers – Keep writing, not because there is an anthology contest/ publishing contract in the corner, but because that is what makes you a writer! 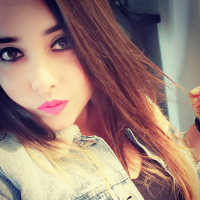