“There are those of us who learn to live completely in the moment. For such people the past vanishes and the future loses meaning. There is only the present…And then there are those of us who are trapped in yesterdays, in the memory of a lost love, or a childhood home, or a dreadful crime. And some people live only for a better tomorrow; for them the past ceases to exist”

The passage of time, and the way we mark it, is what sets apart humans from all other life on earth. No other form of life yearns to capture the essence of time – to try and put a garb on it that contains it and gives it a defining form that applies to all fields of study – and no other form of life fails as spectacularly at coming to that definition as we do.

Though it is not for lack of trying.

Nobel Laureate Thomas Mann once said, “Time has no divisions to mark its passage; there is never a thunderstorm or blare of trumpets to announce the beginning of a new month or year. Even when a new century begins it is only we mortals who ring bells and fire off pistols.” And he was right. At every stage, we are mere humans governed by the passage of time, trying to conquer it and our mortality at the same time.

Over the years, people have searched and experimented and tried to find a way to beat time. Scientists and philosophers, inventors and adventurers have all romanced the notion of time travel. Tales of fantasy and mythology tell us of people who played with time, often with catastrophic consequences. When no explanation for time could be found, mere mortals deemed it a plaything of the gods. Ancient Indian philosophy dealt with the nature of time and the universe by assigning a cyclical definition to it – an eternal system. Cycles within cycles, and each one has its own collection of stories that gather and evolve over years of retelling, much like our memories and our stories that take on our personalities over years of recollection and rendition.

One of my favourite memories from when I was a little girl is of my grandmother’s Pomeranian. I was maybe eight or nine, and the dog was older, maybe ten years old at the time. I had just been given a bar of chocolate and we raced around the house, the dog at my heels begging for a piece, till we were both out of breath and then we sat down and shared that bar, the dog and I. I remember her yipping at my when I first raced away from her with that bar in my hand, and I remember running around in circles through the hallway, in through one door, our through the other, round and round. I remember the grownups laughing at our antics and I remember the look of pure pleasure on the dog’s face when she finally got a piece of that bar.

To be honest, today, more than two decades after that incident, I no longer really remember.

What I do remember is my version of events, the memory that imprinted itself in my mind after the incident was over, and the memory I chose to retain when I looked back. It is possible that the grownups weren’t laughing at our antics; they could even have been yelling at us to stop. I don’t know what pleasure can look like on a dog’s face; it could have been just how I chose to recall it. My grandmother’s dog is long dead, but if she were around today, I would not share my bar of chocolate with her – not because I’ve grown more selfish as the years have passed, but because I know better now. I could’ve killed that little dog, and I wouldn’t even have known how.

But when I look back upon that memory, I hear the laughter of a little girl, thick glasses slipping down her nose, and chocolate melting over her fingers, laughing and shrieking like only little girls can, as she runs around outside the house, barefoot in the hot Indian summer sun. I hear the sharp barks of the dog as she chases the girl nipping playfully at her heels, white fur rippling on her body as she runs, her tail mimicking a windmill. I feel the dog’s wet nose against my hand, her tongue rasping at my skin as she licks the sweet mess off my hands, and her soft fur through my fingers when I pet her afterwards.

This is my memory, and I choose what I remember.

Over time, every time we look back on a memory, we alter it subtly – consciously sometimes, unknowingly at other times – and each change is a reaction to a change in our lives. As we change, so do our perceptions and in doing so, we make our memories into a journey. And through this journey, we mark the passage of time, assigning bits of our lives into little boxes marked “when I was young”, “when I fell in love”, “when I broke my heart”, “when I grew up”, “when I…”, “when I…”, “when I…” and time becomes the pivot around which our lives revolve.

I know this much: that there is objective time, but also subjective time, the kind you wear on the inside of your wrist, next to where the pulse lies. And this personal time, which is the true time, is measured in your relationship to memory.

Julian Barnes, The Sense of an Ending

And yet, just the other day, I found myself saying, “the only things worth keeping are the things that stay”, and there I was, letting time become the yardstick against which everything is measured. Because it is time, keeping all the threads of our lives bound together, and when we lose that thread of time, everything starts to come unravelled. 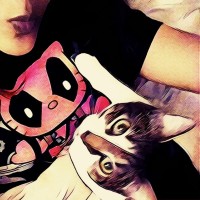 Richa Mehta is a writer-editor and enjoys treading the tricky path between the two. She has several years of writing and editing experience, supplemented by a master's degree in publishing from the University of Sydney. She is also a compulsive reader and a self-appointed grammar custodian.